Giuseppe Verdi is not only one of the artists of which Emilia Romagna - and Italy - are more proud, he is also, if you look deeper, one of the most passionate historical testimonies that, at a distance of more than 200 years from his birth, still knows how to transmit the love for his own land.

Giuseppe Verdi has made known - and he will continue to do - to the whole world, through his music (La traviata, Rigoletto, Aida, etc), his works, his writings and his letters, all his attachment to his origins, to that territory, along the river Po, between Parma and Piacenza. 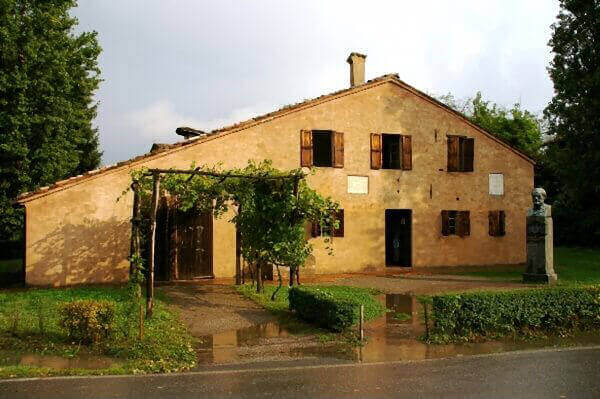 He was able to concentrate in 27 Italian Lyric Operas all the nuances of feelings and sensations that never abandon those born and raised between fog, heat, perfumes, traditional cuisine vast expanses of fields dotted with small villages and art.

Giuseppe Verdi's father was the owner of a small tavern in Roncole di Busseto, where he sold wine, liqueurs, coffee, sugar and other foodstuffs: from here the great composer probably derived the love and attention that he always demonstrated in the earth and its products.

In 1851 Verdi moved to the great villa of Sant'Agata, near Busseto but already the province of Piacenza. There he composed Il trovatore, La traviata, La forza del destino, Don Carlos, Aida and the last masterpiece, Falstaff. 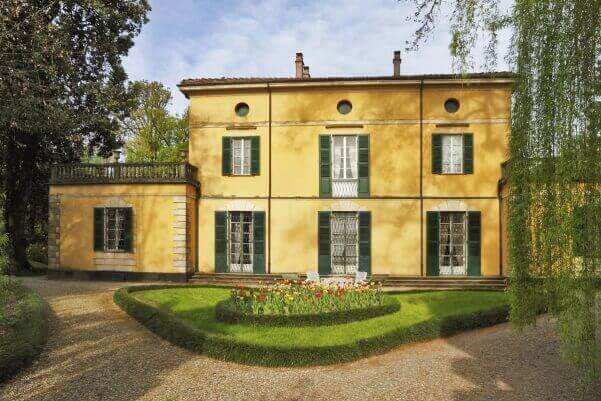 Villa Verdi in Sant'Agata (Piacenza) was where the composer lived for 50 years.

There is where he preferred to receive the dearest friends rather than to attend the high society of Parma and Milan, and always there he began to actively take an interest in the agricultural production of his land and livestock farming: the master loved the wine deeply and as soon as the finances allowed him, he bought the land surrounding the Villa of Sant'Agata, where he immediately planted a large vineyard for producing the famous Lambrusco wine.

Thanks to the letters still preserved, was handed down to us the fresco of a man accustomed to rise at sunrise to oversee the work of his estate, where they bred horses, cows, rams and that, even when the music wore him away, he took care to write to his own factor to discuss in detail how to remake irrigation channels. It cannot therefore amaze the fact that Verdi's works have often and willingly hosted scenes related to food and wine. And it should not be forgotten that italian food and wine, consumed in the stages in 19th century, accompanied the operistic representations. To be precise Parma food and Lambrusco.

Inns, taverns, private banquets and toasts abound in the Verdian booklets: the brindisi of La traviata and Otello, the Falstaff Inn, etc. Sometimes they are simple setting, other times, as in Falstaff, fundamental places from which the action begins. La traviata begins around a rich table, the time of some chatter and snaps the famous and happy glasses. Otello begins in a tavern: after a few jokes, here is the toast to celebrate the return of the protagonist. In a convivial atmosphere starts Rigoletto and is during a banquet that the shadow of the bench appears in Macbeth, in the second act. With a toast begin the Sicilian Vespers and it would not be possible to think of Falstaff without the Tavern of the Garter (which is not by chance appears at the beginning of all three acts of the opera).

As a testimony to the interest that the master had for the good table, the many letters written by himself and his life partner, Giuseppina Strepponi, who report suggestions, recipes and anecdotes of cooking. Among the most beloved products in the Casa Verdi, the Spalla cotta di San Secondo and the Anolini, together with a good glass of Lambrusco or Malvasia wine from Parma hills.