As for the Italian opera recitals with singers, in all major theaters and in all major musical institutions, wherever they are - Metropolitan NY, Covent Garden London, Santa Cecilia Rome, Scala Milan, etc. - the standard is with full orchestra or with piano: no other ensembles are used. No string quartet, strings and piano and so on. Full orchestra and piano are the only professional alternatives and represent the state of the art!

A string quartet is conceived for chamber music and it is never used in an Italian opera theater.

In the same way having a string quartet with piano doesn’t change the situation because the piano has to play softly not to overwhelm the strings. 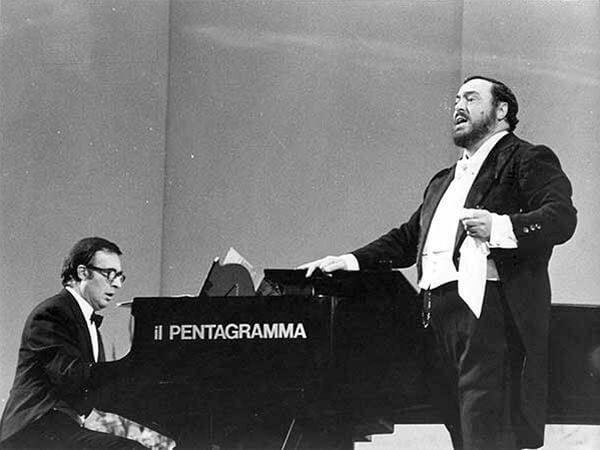 Luciano Pavarotti during an operatic recital

RomeOperaConcerts is highly involved in mixturing Opera and Romantic Piano music, also to help the spectators to understand the mutual influences. This thanks to Giovanni Velluti's dual role as accompanist and soloist.

At the same time the audience can compare, performance after performance of vocal and piano pieces of music, the way the piano can be played with a "singing style" in a romantic solo piano piece.

The piano is an essential part of the concerts and shows of RomeOperaConcerts not only for practical reasons but also because in all Italian opera productions the piano is used to coach the singers and in the Italian operatic tradition the piano was always conceived as the only substitute of the orchestra.

Giuseppe Verdi used to compose his operas at the piano and only after finishing them he used to orchestrate the work, during the reharsals with the singing company.

Maria Callas farewell recital in London was a recital with piano, many recitals with piano we have by Luciano Pavarotti and plenty of recordings by Enrico Caruso with piano accompaniment.

The practice of a keybord instrument for the accompaniment of the voice dates back to the Baroque era, with the "Basso Continuo" which originally was used as an accompaniment to solo instruments in the sonatas and also in the tipical baroque concert in the Italian style the solos were accompanied by the basso continuo when the "intermezzi" where played by the whole orchestra.

In the nineteenth century the piano become the king of any Musical ensemble because of his great extension, robust sound and wide range of possibilities: from the accompaniment of lieder and Italian "arie da camera" to the solo recital conceived by Liszt, to the preparation of all the Italian operas.

A wonderful example of this is well described by Verdi himself in a memoir dictated to his publisher Giulio Ricordi in 1879. Verdi recalls his reluctancy for the libretto, the refusal to compose the music he opposed to the impresario Merelli (who managed at that time the La Scala shows) and the first rehearsal with the soprano Giuseppina Strepponi (who would have been a constant presence in Verdi’s life marrying him in 1859, the baritone Giorgio Ronconi and the bass Prosper Derivis, with him at the piano in a first reading of the opera, and explaining to the singers all the sections of it. 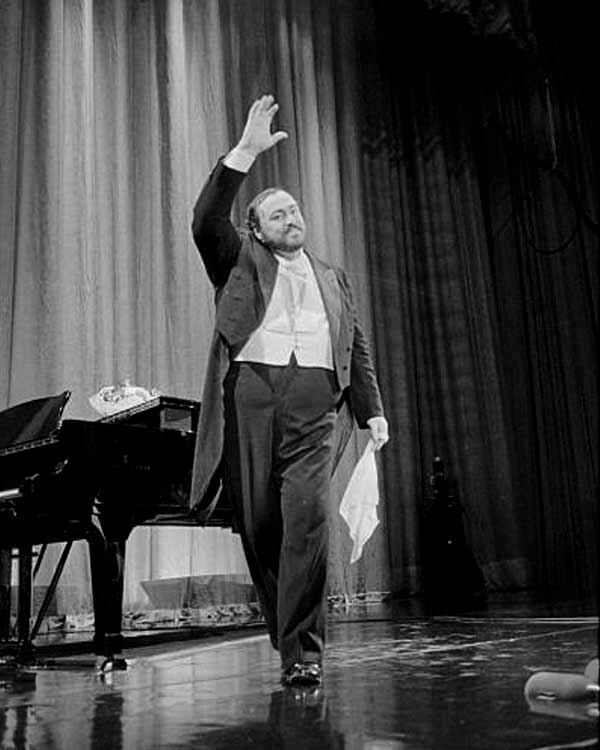 Luciano Pavarotti again while thanking the audience after an opera concert

Note: in the photo at the top of the page Placido Domingo during an opera concert at the Metropolitan in New York.

OUR CONCERTS AND SHOWS 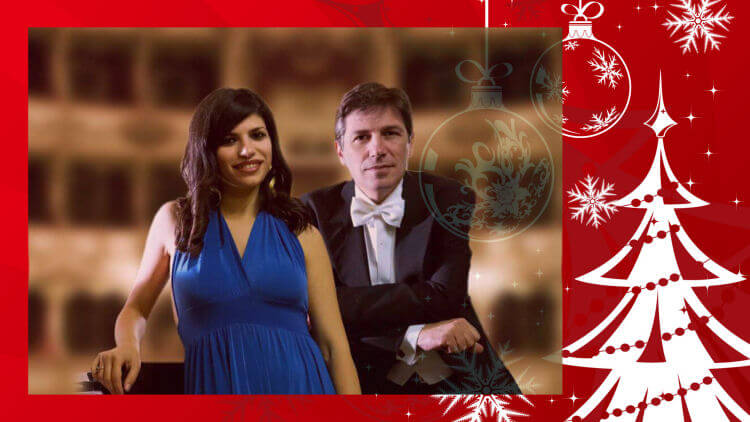 Featuring the Greatest Hits of the Opera, Neapolitan and Christmas Songs, and Romantic Piano music.
A must during the Christmas holidays !!

Free Christmas Aperitivo with Prosecco after the concert.