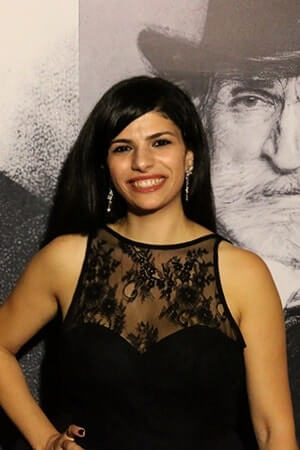 Federica Gibilisco, born in Rome, studied at the Santa Cecilia Conservatory and then with Renato Bruson at the Accademia Musicale Chigiana in Siena and with Mirella Freni in Modena.

She has performed as the leads in Verdi’s “La traviata”, Donizetti’s “L’elisir d’amore”, Mozart’s “Le nozze di Figaro” and “Die Zauberfloete”, Puccini’s “La bohème”, both in Italy and abroad. Recently Federica has also taken part in several important gala concerts, such as the one for UNICEF, in Siracusa and the one for Pope John Paul II at St. Peter’s Basilica, in Rome. 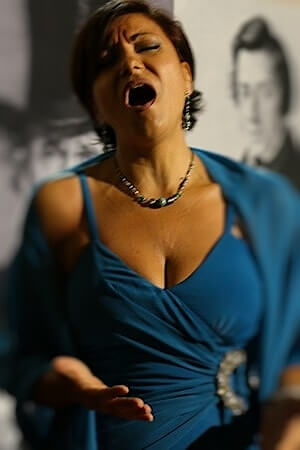 In 2005 she graduates in lyrical singing at the Conservatory "Ottorino Respighi" in Latina, standing out as the best graduated of the year. She teaches both lyrical and light singing in several schools.

From 2008 to 2017 she played many opera roles including Giorgetta in "The cloak" by Puccini, Odabella in "Attila" by Verdi, Aida in "Aida" by Verdi, Santuzza in "Cavalleria rusticana" by Mascagni, Amelia in "Un ballo in maschera" by Verdi, Leonora in "Il trovatore" by Verdi, Nella in "Gianni Schicchi" by Puccini, Floria Tosca in "Tosca" by Puccini, Carmen in "Carmen" by Bizet.

In 2018 she played again the role of Aida in Castel Gandolfo, Mercedes (Carmen) and Lola (Cavalleria rusticana) at the Massa Marittima and Ameria festivals. At the end of the year she sang the "Petite Messe Solennelle" by Rossini. In 2019 she was Donna Elvira in "Don Giovanni" by Mozart. 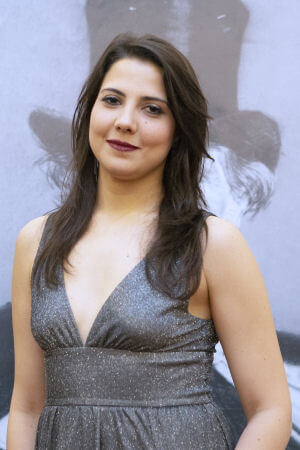 Elisabetta Braga, soprano, took her degree in singing with full marks and honours at the "Santa Cecilia" Conservatory in Rome. After her degree she attended the High Music Specialization Courses in Norma and Norcia, the LTL Opera studio at the "Teatro Verdi" in Pisa and the masterclasses of the soprano Sumi Jo and the soprano Ines Salazar. She won the First Prize at the International Music Competition for Youth "Dinu Lipatti" in Rome, the First Prize at the International Competition "Simone Alaimo: Il belcanto" in Linguaglossa and the Special Prize at the "Jole De Maria Competition" in Tivoli.

He began as a light lyric soprano, performing the roles of Gilda in Verdi’s "Rigoletto", Adina in "L’elisir d’amore" directed by Walter Cataldi Tassoni, the Queen of the Night in "The Magic Flute" by Mozart. She performs as a soloist the "Messiah" oratory by Haendel and the "Stabat Mater" by Pergolesi. She moved later on to lyric roles, singing Mimì in "La bohème" by Puccini, Rosalinde in "Il Pipistrello" by Strauss, Violetta in "La traviata" by Verdi and Leonora in "Il trovatore" by Verdi.

Elisabetta has performed as a soloist in various festivals, including the prestigious Pontino Festival of Sermoneta; she held various recitals, performing also in Sweden. She has been a soloist for the Electroacoustic International Music Fest in Rome and for the concerts organized by the National Youth Agency. 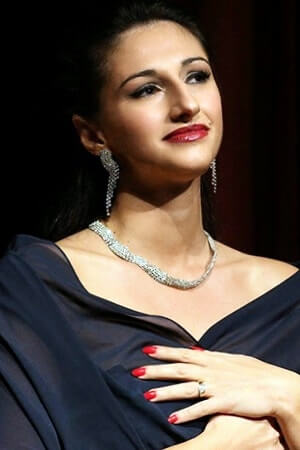 After completing his classical studies, she began to study singing with the soprano Francesca Gavarini. In October 2012 she graduated in lyrical singing at the Conservatorio Giuseppe Martucci of Salerno, with full marks and praise. She perfected herself in the operatic repertoire at the Opera studio of the Staatsoper of Munich.

Over the years, she has won numerous awards in national and international competitions.

As an accompanist he has played with many singers among whom Amarilli Nizza, Piero Giuliacci, Stefania Bonfadelli, and has worked with many theaters like teatro dell’Opera di Roma. He has also worked as accompanist in masterclasses held by Renato Bruson, Bonaldo Giaiotti and Antonio Juvarra.